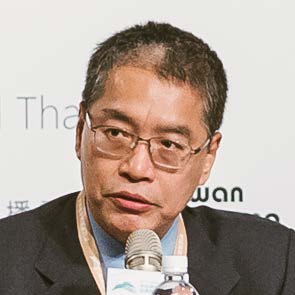 Dr. I-Chung Lai is currently the President of The Prospect Foundation. Prior to that, he was also the Executive Director for DPP Mission in the United States from 1999 to 2000, a Special Assistant for Policy to the Taiwan Representative to Japan from 2000 to 2003, and the Vice President of the Taiwan Thinktank from 2013 to 2016. From 2006 to 2008, he subsequently served as the Director General for the Department of China Affairs and the Director General for the Department of International Affairs in the Democratic Progressive Party (DPP). He received his Ph.D. degree from Virginia Polytechnic Institute and State University (Virginia Tech) and was a Visiting Researcher at Cornell University.