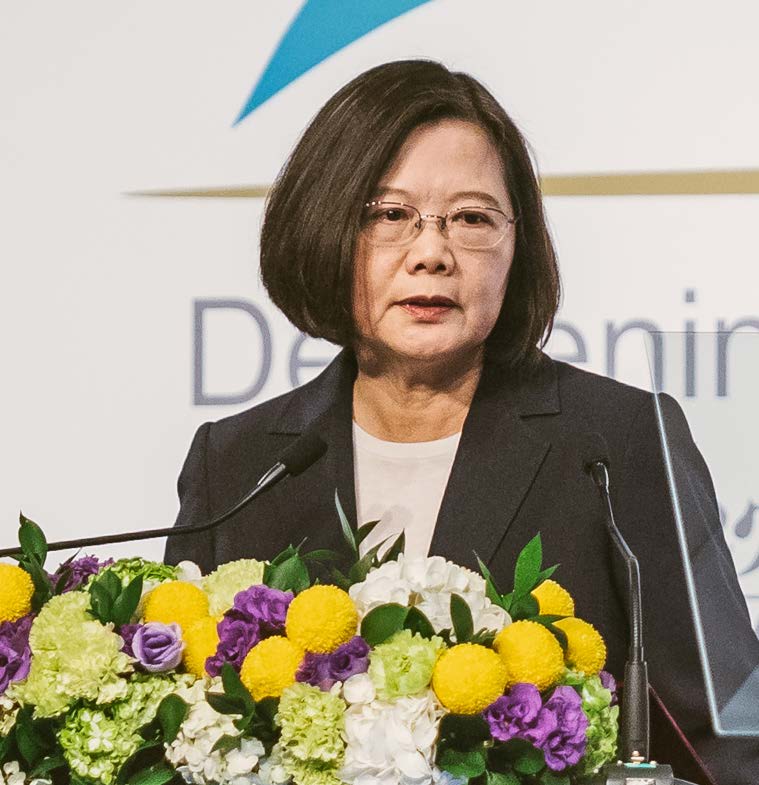 Dr. Tsai Ing-Wen is the 15th President of the Republic of China (Taiwan).

Born in 1956 in Taipei City, Tsai Ing-Wen traces her family roots to Fangshan Township of Pingtung County in southern Taiwan.

Dr. Tsai began her tenure as part of Taiwan's trade negotiation delegation in the late 1980s. She was on the front lines of the process during key trade negotiations in her capacity as Chief Legal Advisor (1992-2000).

Dr. Tsai represented the DPP in Taiwan's 13th-term presidential election in 2012, becoming Taiwan's first female presidential candidate. She ran again as the DPP candidate in 2016, and was elected as the nation's 14th-term president, the first female head of state in Taiwan's history. Dr. Tsai was successfully re-elected with over 8.17 million votes in 2020, the highest total in history.

Dr. Tsai obtained a Ph.D. in Law from the London School of Economics and Political Science in 1984, specializing in international trade law and competition law.